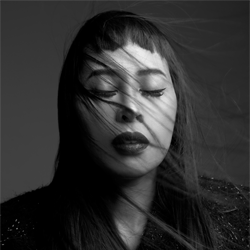 For Ykha Amelz, life is a magnificent visual journey. Everything that caught her attention mostly becomes inspiration on every work she does. Her career as an illustrator has brought attention on her from both local and international. Graduated from UNPAR (Bandung) majoring in Architecture, she chose to pursue her career as a self-taught illustrator since 2008, focusing and elevating her skills by experience. Since then she has been collaborating with local and international brands from various department, fashion, music, interior design, print media, and also actively participating in exhibitions. Last but not least she challenged herself by doing a fashion brand called DIBBA with her partner, creating stories through the fabric prints illustration. She’s also known for her iconic design character named BABBOT, which is inspired by her french bulldog.