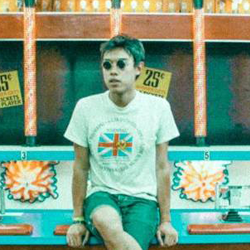 Adi Putra is a visual artist who mainly works with photography and film internationally.
Born in Indonesia in 1989, Putra’s interest in photography began after he graduated from University of Southern California with BA in Film and Television Production. His visual expressions are an attempt to create a realm that exists in the imagination and reality simultaneously. Putra plays upon pure sentiment deriving from his own intuition and obsession in materializing what was once only a fleeting vision in one’s mind.
Putra has contributed and photographed for various publications such as L’Officiel Magazine, Nero Magazine, Impossible Project Magazine, Lamono Magazine, Clara Magazine, and Folio Magazine. His photography and film works have also been featured in publications such as Dazed, NOWNESS, MTV, Photo District News Magazine, and more